To create my idea of a perfect anniversary celebration, I had to channel all things romance, and what’s more romantic then deep red roses, candles and champagne!?

“..and with a little bit of light direction, gorgeous styling by Hannah from Maple Rose.. ..we captured their incredibly romantic wedding anniversary celebration story at The Four Seasons Hampshire.“

The anniversary celebration felt very special to me when coming up with the initial design. I fell in love with the Drawing Room at Four Seasons Hampshire as soon as I saw it, and I knew that it would be the perfect space for a romantic dinner, with the feature fire place and gorgeous wood panelling. I opted for the deep intense, autumnal colours, green foliage, deep red roses and deep purple hydrangeas which created a gorgeous backdrop to the dinner. I love all things romance (being a wedding planner) and felt this would be the perfect anniversary celebration for any couple!

“David and I are what you may call childhood sweethearts. We met back in 2004 when I was 16 and he was 19, and we spent 5 years together. We got engaged in 2008 but soon realised it was all too much too young and parted ways a year later; I stayed living in Edinburgh and he moved to London. Thereafter we had zero contact for 7 years until an impromptu meet up in 2016, following which we began dating again. I then moved to London and during an East Coast America road trip in September 2018, David proposed to me on a beach in Martha’s Vineyard, with my original engagement ring. Our wedding was then 10 months later.”

“The anniversary celebration shoot was a lovely day out for us. It gave us a chance to get dressed up and spend the afternoon at this beautiful Four Seasons property, which we’ve been meaning to visit for some time. We were also delighted to be photographed by Anneli again, especially so close to our first wedding anniversary as it brought back such fond memories for us both.”

The team that made this perfect anniversary celebration happen; 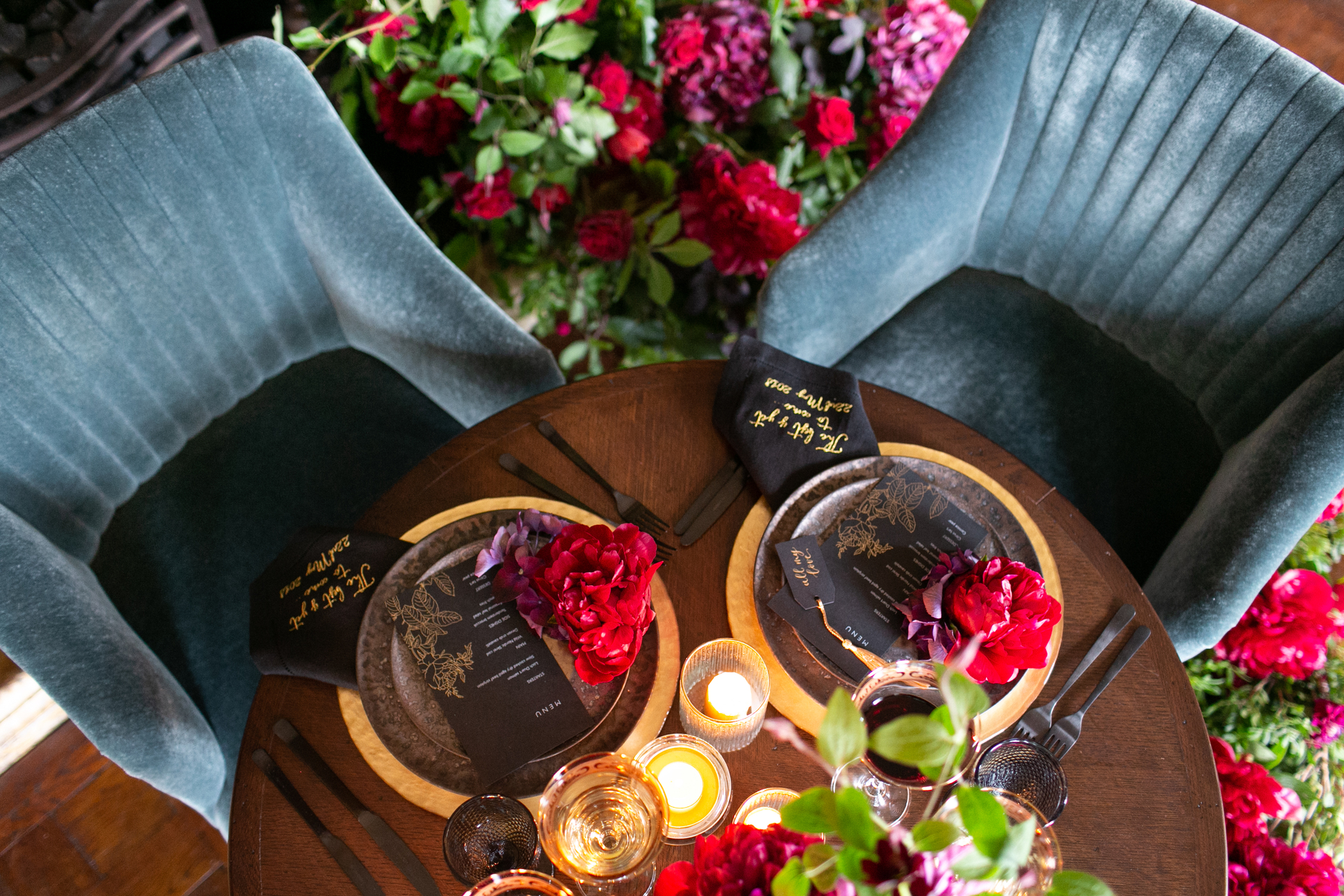